Raw honey has been used as a traditional medicine among the people for centuries and has different health benefits and medicinal uses. It is even used in some hospitals to treat wounds. Most of the health benefits are found in unpasteurized or raw honey. Honey is a sweet, golden liquid made by honey bees. Honey bees store their honey in small hexagonal containers called honeycombs. Raw honey comes directly from the honeycomb. It contains honey, bee pollen, beeswax and dead bee parts in the hive. Honey producers often filter raw honey through a filter to remove as much contamination as possible, but some often remain. Unlike raw honey, normal honey goes through a pasteurization process. This means that producers heat the honey to kill yeast cells that can affect taste, extend shelf life and make it appear more transparent and attractive. However, pasteurization can negatively affect the number of nutrients in honey. Some historical evidence estimates that people have been using honey for over 8,000 years. In ancient times, people used raw honey, but today most people use pasteurized honey. Honey offers naturally healthy properties and these are as follows:

Raw honey contains a number of plant chemicals that act as antioxidants. Some types of honey contain as much antioxidants as fruits and vegetables. Researchers believe some of honey’s main health benefits come from its antioxidant content. There are a number of compounds in natural honey that act as antioxidants, including flavonoids, phytochemicals, and ascorbic acid. Antioxidants reduce oxidative stress in the body by scavenging free radicals. Scientists have linked oxidative stress to a range of chronic health conditions, including many cancers. By eating a diet rich in antioxidants, people can reduce their risk of chronic disease. Some people believe that pasteurization reduces the number of antioxidants in honey, which means pasteurized honey may not provide the same benefits as raw honey. There is no specific research on how pasteurization affects the antioxidants found in honey, but research shows that heating other foods can reduce their antioxidant content.

Honey helps clean wounds and prevent infection and is a natural antibacterial and antimicrobial agent. Research shows that raw honey contains hydrogen peroxide and glucose oxidase and has a low pH level, which means it can kill harmful bacteria and fungi. It also prevents the growth of yeast or bacteria due to its unique chemical composition. Its effectiveness as an antibacterial or antifungal varies depending on honey, but it is clear that it is more than a folk remedy for such infections. Because of its antibacterial effect, people use it to clean wounds. Research has shown that manuka honey, a type of raw honey, can kill common pathogens. These pathogens are as follows:

Manuka honey is used in medical settings to treat wounds because it has been found to be an effective germicidal and also aids in tissue regeneration. Numerous studies have suggested that honey works as a wound healing dressing. A review has confirmed that honey is beneficial for wound healing due to its antibacterial, anti-inflammatory, and antioxidant properties. Some evidence also suggests that honey has antiviral and antifungal properties. Studies show that Manuka honey can increase healing time and reduce infection. It should be noted that honey used in hospital settings is medical grade, that is, it is inspected and sterile. Also, honey is acidic, which helps to release oxygen in the wound and promote healing. It is possible to apply raw honey directly to small cuts and burns, then cover the wound with a gauze or bandage.

Phytonutrients are compounds found in plants that help prevent plant damage. For example, some keep insects away or protect the plant from ultraviolet radiation. Honey contains certain nutrients that can make it a healthy supplement. The phytonutrients in honey are responsible for its antibacterial and antifungal power as well as its antioxidant properties. It is also thought to be the reason why raw honey shows immune-boosting and anticancer benefits. Heavy processing destroys these valuable nutrients. The exact nutrition and chemical composition of raw honey differs between different countries and environments, and partly depends on which flowers the bees collect their nectar from. Regardless of these factors, honey still contains healthy compounds such as antioxidants, amino acids, and vitamins. One tablespoon or 21 grams (g) of raw honey contains 64 calories and 16 g sugar. These values ​​can vary between brands and parties. Raw honey naturally contains vitamins and minerals and these are:

Honey naturally contains sugar, and just over half the sugar in honey is fructose. Studies have linked fructose to a variety of health problems. However, despite its fructose content, honey can be a healthier option than table sugar. Some research suggests that honey may provide a protective effect against diabetes, and some types of honey may help improve cholesterol levels. People with diabetes or restricted sugar should choose to eat honey in moderation to avoid significant changes in blood sugar levels. Raw honey has a glycemic index (GI) of 58, meaning it has a moderate effect on blood sugar levels.

Honey is used in some cases to treat digestive problems such as diarrhea, but there is not much research that it is beneficial. Its use in the treatment of Helicobacter pylori (H. pylori) bacteria, which is one of the causes of stomach ulcers, has proven beneficial. It is also a powerful prebiotic, meaning that it feeds the good bacteria that live in the gut and are crucial not only for digestion but also for general health. A study of 150 children with acute gastroenteritis found that those who took honey with an oral rehydration solution had better relief from diarrhea than those who did not take honey. Children who took honey had fewer bowel movements and recovered faster. To help treat mild diarrhea, one teaspoon of raw honey should be taken or mixed with a drink. Also, avoid consuming too much honey, as too much sugar can make diarrhea worse.

Raw honey has anti-inflammatory properties. Some evidence suggests that honey may have antioxidant and anti-inflammatory powers that may benefit the brain. An animal study found that rats consuming honey provided protection against brain damage caused by lead exposure.

Are There Any Risks?

In addition to beneficial prebiotics and nutrients, raw honey can also carry harmful bacteria such as Clostridium botulinum. This is especially dangerous for babies. Raw honey should never be given to a baby younger than one year old. Botulism poisoning can occur in babies and the symptoms of this disease are as follows:

• Sagging of the eyelids

• Paralysis that spreads down

However, symptoms in adults include initially short-term diarrhea and vomiting followed by more severe symptoms such as constipation, blurred vision, and muscle weakness.

Raw honey is generally safe to use, as long as the person is not allergic to bee pollen. The Centers for Disease Control and Protection (CDC) advise that people should not give honey to babies under 1 year old due to the risk of botulism. Honey is safe from the age of 1 and this applies to both raw and regular honey.

Choosing the Right Type of Honey

Raw honey should have a label that says raw honey. If there is no word raw on the label or it is not coming directly from a farmer or beekeeper who can confirm that it is raw, the producer is likely pasteurized. In addition, the tag can identify the types of flowers that bees pollinate to make that honey. The type of flower determines the taste, color, antioxidant and vitamin content of honey. Many types of pasteurized honey have labels that say raw honey. Others write that it comes from alfalfa honey or a local area. Even products labeled as organic honey may not be raw, as some manufacturers pasteurize organic honey. Some processed honey products contain high fructose corn syrup or other additives. To make sure the honey is pure, its label should be checked. Raw honey has become more popular in recent years and is now available in many grocery stores and health food stores.

When Raw Honey Turns into Sugar

Raw honey can crystallize after several months of storage, which means that the honey has a granular or sugar-like texture. It is safe to consume crystallized honey and tastes the same. A gentle heating technique should be used to make the honey liquid again. Raw honey should not be heated in the microwave, placed directly in boiling water or on a hot stove, as this honey destroys some of its nutrients.

Raw honey contains nutrients that regular honey does not. This means that raw honey may potentially offer more or stronger health benefits, but research has not confirmed this. Raw honey contains extra elements like bee pollen and bee propolis that can offer additional antioxidant and antibacterial properties. Research into its medical use is promising. Research on its healing properties and nutrition shows that raw honey may be a healthier sweetener than sugar.

Biological Viruses, How to Spread, Prevention and Treatment

What Are the Health Benefits of Yuzu Fruit? 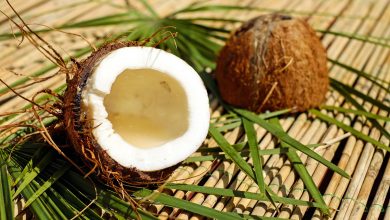 What are the Differences Between Soluble and Insoluble Fiber (Pulp)? 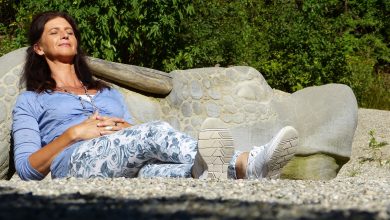 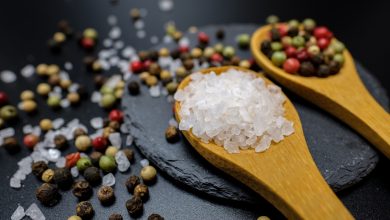 Do You Know Where Salt is Stored In Your Food? 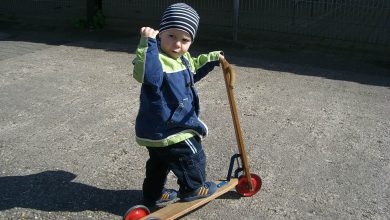